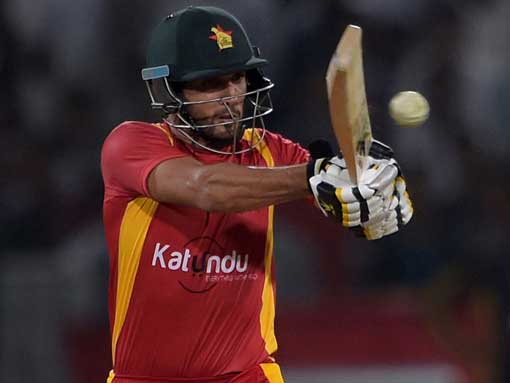 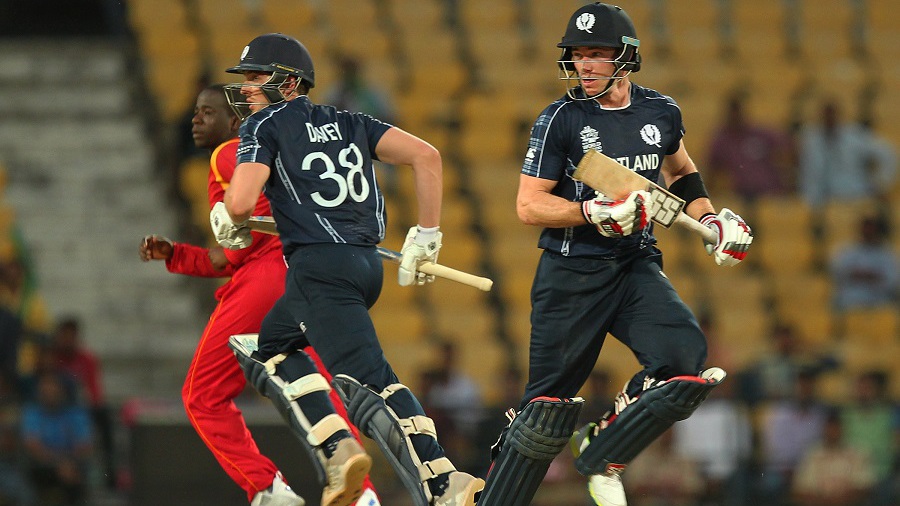 Josh Davey and Richie Berrington trying to complete a run. 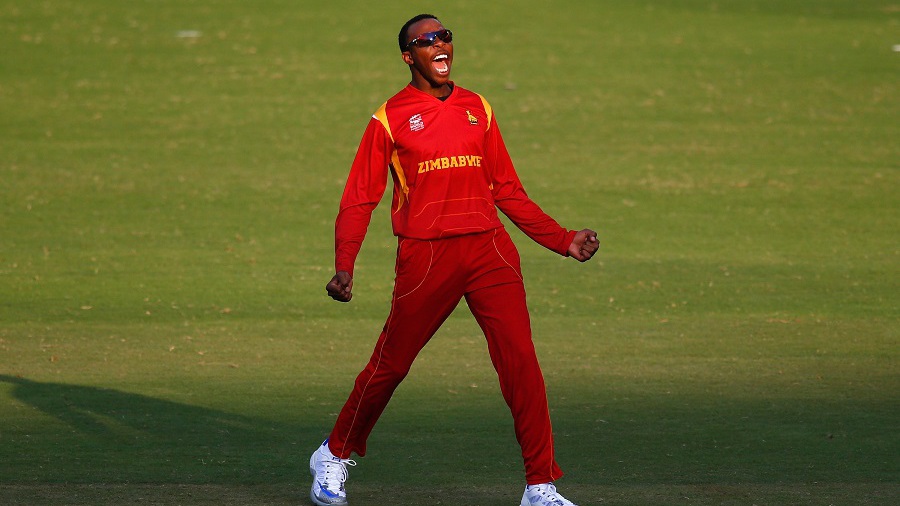 Masakadza is celebrating after taking a wicket. 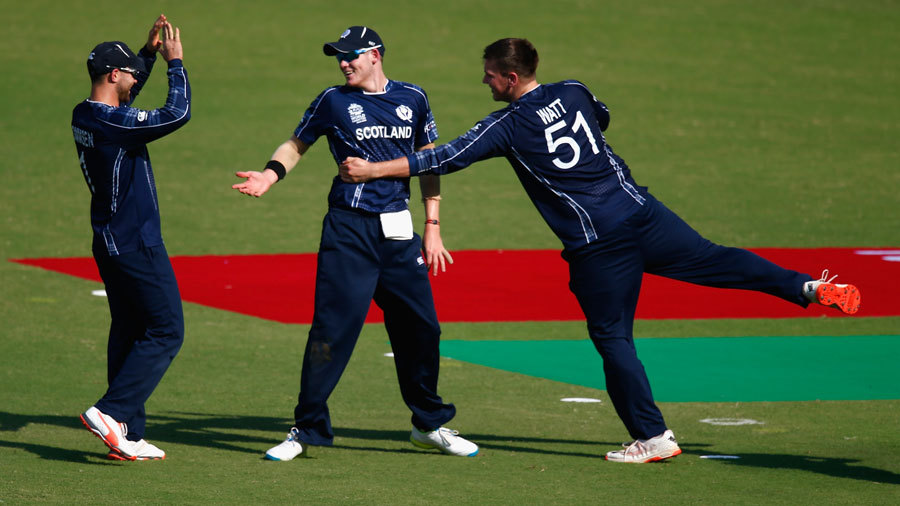 Scotland players are celebrating after getting an Afghan player out. 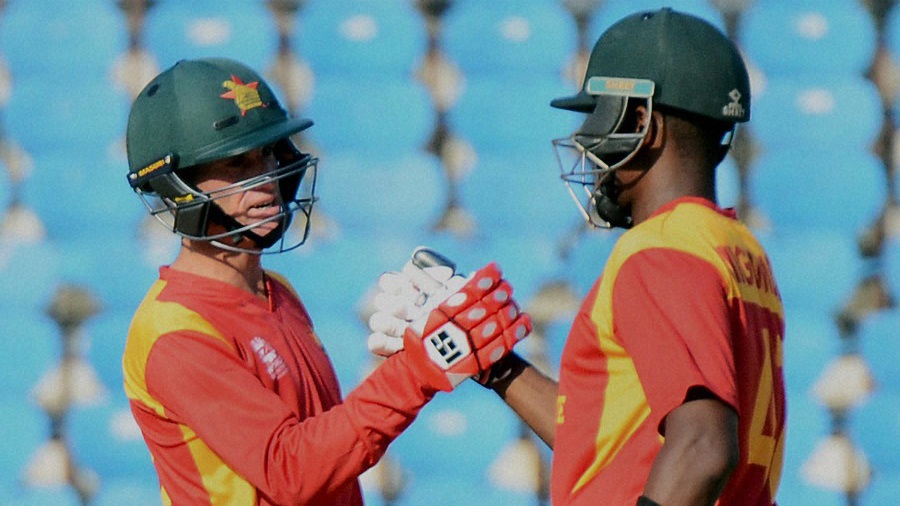 Sean williams after making his fifty. 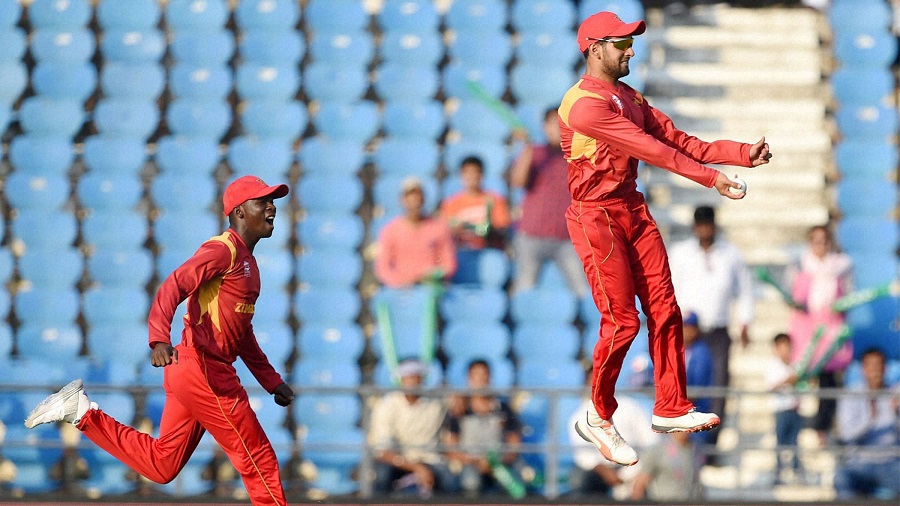